The farming community was fragmented with no guidance and voice 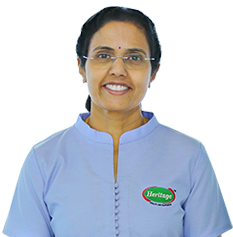 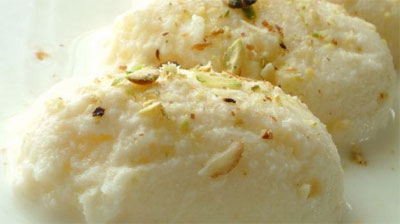 How to Make Rasmalai

Cut open the reetha, discard the seed and soak the peel in hot water.

In the meantime, heat some more water to blanch the pistas. Boil for a couple of minutes. Once the skin becomes nice, soft and fluffy remove from heat. Cool it, peel the skin off and slice it.

Blanch and peel the almonds in the same way. Once cool slice them too.

Boil the milk to make chenna. Keep stirring the milk else it will stick to the pan and burn.

Once done. Allow it to cool.

In the meanwhile make the sugar syrup.

Add sugar and water in the same proportions in a pan.

Start heating the mixture and keep stirring continuously else the sugar will stick to the bottom and caramelize.

When all the sugar dissolves and it becomes nice and thick, put off the fire.

Once the milk has cooled down add to it 1 cup of water mixed with tatari.

Add it slowly to the milk and keep stirring.

Once the milk curdles add a cup of ice cold water to it. Make sure you scrape off all the milk from the sides.

Strain the milk into another container with a muslin cloth.

Drain it of all the water.

Add cornflour and maida to the chenna and mix it into a dough.

Make small balls out of it and flatten it.

Now to make the syrup in which the rasmalai will be dipped heat one cup of sugar with little less than a cup of water. This time the syrup needs to be thicker than what you had made earlier.

Once the syrup comes to a boil add 2 Tbsp of the reetha water.

Now dip the rasmalais gently into the sugar syrup.

Do not stir. That will break the rasmalais.

Once the foam starts to form. Pat it gently in the center with a spoon so that the foam settles down and the rasmalai comes up.

After a couple of minutes add some boiling water to it.

As the form settles down, very gently take the rasmalais out and soak them in the sugar syrup made earlier.

Warm some milk in a pan (do not boil).

Add a dash of saffron to it.

Gently squeeze out all the excess sugar syrup from the rasmalais and add them to the milk. (while still on low heat)

Mix well for about a minute and them squeeze all the excess milk from them and plate them.

Garnish with rabri, pistas and almonds.